“WHAT A FOOL BELIEVES” The Doobie Brothers

This song is one of my favorites by the 70’s group “The Doobie Brothers” when I initially heard it what caught my attention was the energy behind the track the rhythm, the phrasing and the great blend of funk and pop. However what hooked me and made me a fan of the song was the message in the lyrics. If you take a minute to listen to the words while reflecting on your life and finding your identity within the song, I believe this song will change your life or at least add value to it. The most powerful line within the text is “what a fool believes, no wise man has the power to reason away”. What a bold yet true statement. We’ve all been there, that place in life where we’re so passionate about something or someone that we are totally convinced that it is what it really isn’t. Some sum the statement up by using sayings like “all that glitter aint gold”. This old adage amongst others is one that generations before us came to realize and tried to pass down to us without taking away our opportunity to grow from our own experiences. It’s kind of like what Jesus did in the bible days, he spoke in parables, which are simply lessons that are hidden within the context of a story. Some may say why hide the lesson, just tell me. But the truth is sometimes the lessons earned are the only lessons learned. Once you’ve experienced a matter firsthand there is a certain wisdom that comes with that experience. It’s not to say that God cannot give you wisdom because he absolutely can. But the issue with the gentlemen in the stated song is he believed something that was an untruth, he let what he thought to be true or wanted to be true runaway with him. However that’s not the lesson, what I find so unique is that what he believed he saw not even the wisest man good reason away or help him to see differently. That tells me that there is an awesome power in our ability to believe, in whatever the matter is.  The question is, do you have the patience to believe in something even when it’s not going as you expected? In some cases we need to allow the wise men to reason with us so we don’t make life more difficult for ourselves. However in other cases we need to ignore those that are deemed to be wiser because sometimes they mean well but can kill your dream and cause you to abort your purpose prematurely. When it comes to the purpose and plans God has birthed on the inside of you, which often times take root as ideas, dreams and visions, allow Him to lead and guide you in them because sometimes what a fool believes he sees, he one day achieves. 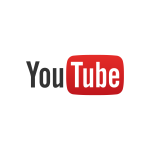 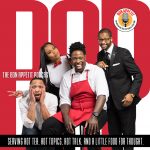